Exchange the techniques and skills needed to walk the shadows. Post your guides and how-tos here.
Post Reply
10 posts • Page 1 of 1

Apart from the vast treasure trove of inspirational and thought provoking resources here on NONET, where do you draw inspiration for training and ‘opping’? For example, do you read fantasy fiction about tales of rogues? Perhaps you read books about the Ninja of Old Japan? Maybe you use table top role playing games as a source of inspiration? Perhaps you attend and/or participate in live action role playing as an analog or scenario based training opportunity?

Let’s discuss inspirational ideas, where to find them, how to apply them, what works, what doesn’t; there is a wide range of possibilities that can be entertained. I look forward to seeing/hearing what inspires you all!
“For a while they stood there, like men on the edge of a sleep where nightmare lurks, holding it off, though they know that they can only come to morning through shadows.” —J.R.R. Tolkien, ‘The Passage of the Marshes’, The Two Towers
Top

I have a small thing written on this in my stash, so I will share the basics of my inspiration and why I do it. As for mimicking training scenarios, I have about 5 scientific experiments and 3 "realistic" scenarios or testing written out. I just need more people to do them with, and I have other priorities before I test those out.


When I was younger, stealth and more deception-based approaches seemed more appealing in movies and video games. Assassin's Creed was a huge one for me and mixed with my love for history, politics, and geography. I still only ever played the dog shit that Odyssey, one more later, was, so I only watched or read about the series. Eventually, airsoft took interest in me, but I had to be annoying and not run around with a plastic M16. So, I started researching stealth and whatever else. My version of stealth at this time was still "One guy murders everyone in an area... quietly". I then played my last Assassin's Creed game, Origins, and did not kill everyone in every camp. Then I found Stealth Technique's YouTube channel. I watched almost EVERY video, and airsoft waned out of me due to disinterest and no fields near. Then Stealth Technique posted a clip and link to this forum, which I immediately followed. I get into arguments/debates with him sometimes, and now that I think about it, he is the sole reason I found this website. HAHAHA, YOU ARE MY FRANKENSTEIN!!! Where is my good content master, did it find its way into the 50th water bottle you chopped!?!?! Anyway, that is essentially my origin story.

Inspiration came from discovering Splinter Cell, hearing stories, and most of all attempting to do this realistically. How would a professional in real life do this? Certainly not like Fisher. Some information is outdated, useless, false, not backed by sources, etc, and this makes me want to fix it. Steady video content is gone, the forum is dying, although it has been doing better recently I think. I would like to fix stuff like this as well. Additionally, I imagined doing things that no one has ever done before. No one here has posted an aquatic op or at least a serious one. No one here has posted a complex, high-security break-in. No one has done a mock espionage operation. I have the coolest operation planned, that can be filmed, I just need to work for money to buy espionage gear, mounts for my digital NVG, and an airbrush kit. And train, in strength, endurance, mentally(all aspects), lockpicking, and stealth itself.

If I can just wake up at 5 AM and work out in the morning for 2 days back to back, I am golden and can actually motivate myself.
"If one cannot be both, it is much better to be feared than loved" - Niccolo Machiavelli, The Prince
Top

Great synopsis! Thanks for sharing! I imagine a fair share here draw at least some influence and inspiration from video games. In fact, this very thread was (in part) inspired by the way(s) YouTuber 'Stealth Technique' incorporates clear inspiration from video games into many (if not most?) of his video's narratives.
“For a while they stood there, like men on the edge of a sleep where nightmare lurks, holding it off, though they know that they can only come to morning through shadows.” —J.R.R. Tolkien, ‘The Passage of the Marshes’, The Two Towers
Top

Stealth games (Thief, Splinter Cell, etc) are great inspirations for stealth and definitely get you into the right mindset, but AI in games doesn't always replicate real life perfectly. No matter how well you've mastered being able to complete a mission without being detected, at the end of the day you're still just outsmarting an imaginary cloud of 1s & 0s (usually by exploiting game mechanics that absolutely wouldn't work in real life). Outside of actually training stealth, a useful tool for training stealth disciplines/tactics is multiplayer games where you're competing against other, thinking players with actual eyes & ears instead of invisible hitscan arcs determined by an algorithm. Granted it's difficult to find a multiplayer game that emphasises stealth since most are catered to fast-paced action, but one interesting exception I discovered is a game called Hunt: Showdown.

A battle royale-esque FPS set in Louisiana during the turn of the 20th century, the mechanics reward stealth & tactics as much as marksmanship. I typically play on European servers with 300+ ping so I'm always at a lag disadvantage when it comes to gunfights, but I've won many a game by simply being a sneaky bastard and outsmarting my opponents. Good positioning & coordination with your teammate(s) is often more important than the accuracy or damage of your weapon. The chaotic & unpredictable nature of the game means you never know where the other players are spawning or what gear they have until you bump into each other somewhere on the map, so the first portion of any match is basically a stealth game as you move about trying not to make any noise or leave much trace that you've been there. If you fire your gun, startle some crows or aggro some of the hostile AI it can give away your position, and if other players are nearby they can lie in ambush for you to approach.

Audio plays a huge part in Hunt - gunshots, footsteps, people reloading or communicating with one another are all key in reading the situation so playing with headphones is pretty much mandatory. A good player tries to limit the amount of noise they make, but I've often employed distractions (shooting a monster with a silenced weapon to aggro them, for example) or used the sound of a gunfight to mask my own footsteps and get the drop on enemies who are otherwise occupied. If I was up against AI I wouldn't be able to use sound cover or such audio distractions as effectively, and you can't always predict another human's behaviour the same way you can with a simple AI.

The graphics & level design also offer a lot of versatility for visual stealth in how you position yourself - hiding amongst vegetation, trying not to silhouette yourself on a rooftop, staying in shadows so the sun doesn't illuminate your skin & clothing or cast your shadow on the ground, etc. Again, you're fooling a real human eye (the other players) instead of a machine that's only programmed to see you under certain circumstances. Understanding the layout of the map and its various compounds is also paramount to success, much like knowing the layout of the AO on an op. The terrain is designed to afford a lot of opportunities to flank, hide, block off or open up new avenues of egress when either pushing another team or escaping from attackers. Once you know how to 'read' the map you can quickly pick out everyone's favourite hiding/shooting spots - top of the tower, top of those stairs, behind that fence, in the corner of that shed, under those other stairs, etc. But often times I've ambushed other players or gone completely unnoticed by hiding in plain sight where nobody would even think to look for me. It's all about understanding what the other player is seeing from their perspective and working out where their blind spots are. Or, if I happen to know what colour clothing my character is wearing, I can camouflage myself against certain backdrops to again go unnoticed in plain sight. The human eye is naturally drawn to movement and moving pixels are no different, so sometimes staying completely still even out in the open is the best form of invisibility.

While I wouldn't call Hunt: Showdown a pure 'stealth game' or a substitute for proper stealth training, I've often used my real-world stealth skills to survive matches solo or form winning strategies with my teammates. Understanding how the human eye sees things and what noises players can easily hear in the game is analogous to operating in the real world. If you're trying to hide from someone, don't think how visible you are in an objective sense but rather focus on how visible you are to that specific person there. Try to work out how well they'd be able to make out your outline, how well their eyes have adjusted to the shadows you're hiding in, how much of your body is exposed to them from that angle, would they be able to hear you moving? Is there anything else around you drawing their attention? Are you in their blind spot? It's as much a psychological game as it is physical.
We are all books containing thousands of pages and within each lies an irreparable truth.
What is locked, can be opened. What is hidden, can be found. What is yours... can be mine.
Top

I think it's an issue of risk-reward. Are you really going to risk getting shot or jail time to impress strangers on a forum? Maybe if you get a popular youtube channel like Shiey that you can monetize, or you're stealing valuables like this guy, but otherwise I don't see enough incentive.
Top

I do it because I love it, not for money or fame. While admittedly a small amount of fame was on my mind once, I have since abandoned that idea. I am interested in the educational and practical aspects the most, aside from sheer enjoyment and the ideas/dreams I have.
"If one cannot be both, it is much better to be feared than loved" - Niccolo Machiavelli, The Prince
Top 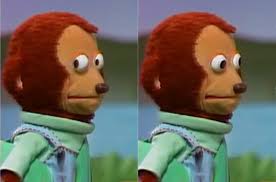 We are all books containing thousands of pages and within each lies an irreparable truth.
What is locked, can be opened. What is hidden, can be found. What is yours... can be mine.
Top

that was perfect
"If you make yourself more than just a man, if you devote yourself to an ideal and if they can't stop you, you become something else entirely - legend, Mr Wayne."
Top

Xanatos wrote: ↑
Fri Feb 05, 2021 3:13 pm
Granted it's difficult to find a multiplayer game that emphasises stealth since most are catered to fast-paced action

So true. Have you heard of game Intruder? It's multiplayer and based on stealth gameplay. Became my favorite when I discovered it.
Top

I do like that tactical banana though. May start carrying one on ops with me.
We are all books containing thousands of pages and within each lies an irreparable truth.
What is locked, can be opened. What is hidden, can be found. What is yours... can be mine.
Top
Post Reply
10 posts • Page 1 of 1

Return to “The Art of Night Ops”